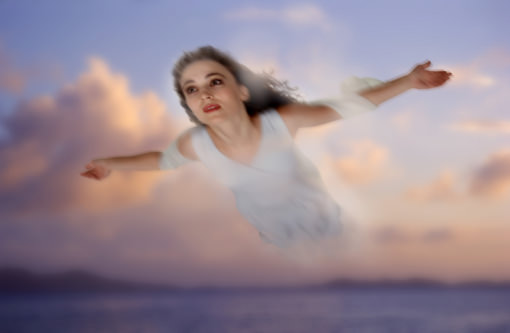 Re-anchoring is going on HUGE it feels like right now, especially during this mega time of energy shifts and influxes. We are being invited to re-anchor into higher vibrational frequencies and higher consciousness states of New Earth into 4D transitional consciousness and away from the 3D matrix which anchored us into its projected and collaborated reality of unconscious duality.

The 3D matrix dissolving as it is in the now WITH love ‘drops’ people then into their own native soul expressing body frequency and into the discovery of what that actually IS outside of the collective vibe.

The matrix has created a sense of unity consciousness, yet it has the lower vibrational agenda of modulation, conforming, control, following the ‘rules’, and has run on fear-based frequencies of avoiding rejection, unfelt abandonment and unworthiness woundings, power over others, and codependence. It is formed through conformity and fitting in.

As souls, we all agreed to the collaborative creation of this matrix as it helped with the 3D experiment that we all felt was an important one on a soul level and to purge out the shadow in our collective unconsciousness. And so, it has been as we have learned MUCH during it and are continuing to learn so much as it is dissolving.

This matrix is becoming obsolete, no longer needed, and hugely limiting to our soul frequencies now coming into our bodies and emotional bodies. The human species in this current ‘modern era’ timeline is now ready to BE without this matrix on a collective level. The collective emotional body is ready to be healed through the receiving of love frequencies to transform the stuck and blocked places of fear into love. The Reptilian Star BEings who have collaborated and agreed to play the role of ‘suppressor’ and enforcers of this matrix have also now grown beyond it (on their leading edge) and this role. They are in a collective choice point of love over fear, letting in forgiveness from the Divine for all they have ‘done’, which was actually just fulfilling a ‘role’ in the bigger experiment.

As we can no longer anchor into the matrix, there is this collective ‘floating’ feeling as each individual soul finds their new bearings inside of themselves rather than outside of themselves. For some souls, parts of them will be slower, stubborn, or even outright refuse to re-anchor into themselves in a higher vibrational frequency during this current timeline.

They will continue to create a matrix from inside of themselves, pulling from their unhealed emotional bodies and undigested karma from their Metasoul lifetimes too. The ‘hellish’ frequencies of the matrix will still be reality for them as they are free will choosing it. They will remain ‘hooked in’ completely by their own free will choice on a 3D level and, of course, on a higher self level too. They will continue to manifest body illness, dis-ease, toxic relationship patterns, suffering loops…whatever they need to continue to grow and learn. Although it will become increasingly uncomfortable for them to be at this lower frequency and remain on Gaia, so they will most likely leave the body eventually with their Metasoul having sovereignly learned what it came here to learn.

For those of us who are re-anchoring already in a conscious way and maybe have been for many years and have been awakened to our Metasoul frequencies, we will flow along WITH the matrix-free Gaia as She moves UP in frequency. An important aspect of the process for you in this is the 4D transitional phase, the deaths and rebirths, the Dark Nights and the Light Day awakenings, the de-conditionings and the re-conditionings too, the shedding and molting off of so many layers. This re-anchoring into self is the discovery process of what ISN’T your authentic self and what IS.

This unanchoring process is about saying ‘no’ to very many previous beloved ways of being in the world in order to say ‘yes’ to the unknown NEW way that is based in love. It is the process of letting go of 3D anchors that are OUTSIDE of you in ALL areas of our life so that you can anchor INSIDE of you. It is about transforming the traumas that live in parts of you into love. In this phase, you discover and FEEL yourself as a fractal from Divine Source AND as the Divine, both, and let go of the ‘outside of self’ God picture as offered by 3D religious pictures.

The Ascension energies are inviting us to shift from anchoring into another person or person’s/culture’s beliefs, yet rather to begin the process of anchoring in OURSELVES and to the Divine as a source experienced from WITHIN us. As you help parts of you drop anchors to 3D life through healing the trauma connected to them, your soul is freed UP, your heart is opened UP, your mind is expanded UP, and your body is lightened UP too.

The NEW anchors do not weigh you down, yet rather invite you to let IN, grounding you in yet not limiting your consciousness or capping it in any way. The anchors become lost at sea and you are increasingly floating free! And so it IS and so it becomes more and more as you let go in order to let in the NEW.

Jelelle Awen
We offer a loving and catalytic support, guidance, community for this re-anchoring process during bridging sessions:soulfullheartwayoflife.com/bridging-session